Iwan Hoogendoorn started his IT career in 1999 as a helpdesk agent. Soon after this, Iwan started to learn Microsoft products that resulted in his MCP, MCSA, MCDBA, and MCSE certification. While working as a Microsoft Systems Engineer, Iwan gained an excellent basis to develop additional skills and knowledge in Computer Networking. Networking became a passion in his life. This passion resulted in learning networking with Cisco products.

Like most network engineers, one of his "dreams" was to work for the company Cisco. But before this could happen, he first needed to finish his bachelor's degree in ICT, and he completed this in 2009. Early 2010, he started working for his dream company Cisco. After finishing his Master's degree (part-time) in Computer Science at the University of Amsterdam and becoming a CCIE (#13084) in six different technology areas, Iwan, as ambitious as he sometimes is, wanted to learn something new; Virtualisation. Because networking was something that ran through his veins, Network Virtualization was the next logical step. So he decided to learn VMware NSX.

He got the opportunity to work for VMware in 2016 as a Senior NSX PSO Consultant. In his time at VMware, he gained more knowledge on Private and Public clouds and the related products that VMware developed to build the Software Define Data Center (SDDC). As new technology is growing at a too high pace (especially within VMware and the VMware Cloud Space), Iwan is playing catch up all the time and is trying to keep up with the new VMware presents.

After working for four years as a Senior NSX PSO Consultant (primarily with VMware NSX-v and NSX-T), Iwan got promoted to a Staff SDDC Consultant focussing on the full SDDC stack including Hyperscaler offerings on the main public clouds like AWS (VMC on AWS), Microsoft (Azure VMware Solution) and Google (Google Cloud VMware Engine).

In his time off work, he loves watching action movies, TV Shows and spotting Supercars. You can follow Iwan on his NSX-related wiki at nsx.ninja, on Twitter @i1wan, or on LinkedIn.

The goal of this wiki is to provide guidance on NSX related topics, how to design, configure, and test NSX-T architectures.

If you have any questions or topics you would like to see an article for, please contact Iwan Hoogendoorn. 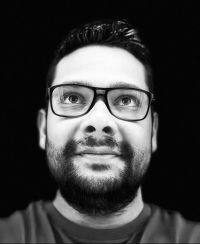